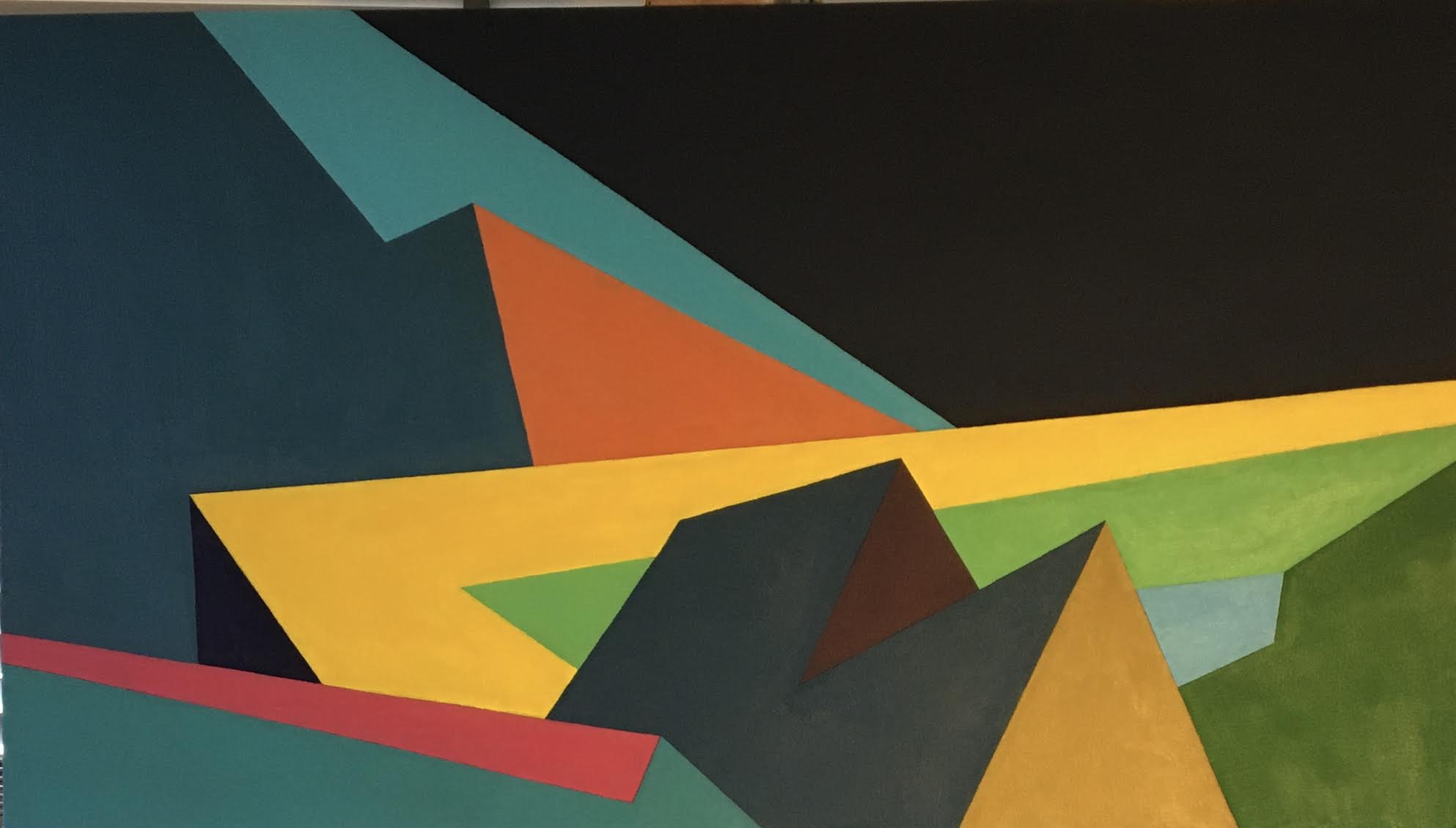 Featuring works by Richard Kaye, including Painting, Printmaking and Drawing

Background and points of interest.

Richard has been living in Ottery St. Mary with his family for over 15 years, moving down from London to bring his two children up in Devon, close to his parents, who lived in Lyme Regis. He has a deep love of the area, having lived in both Lyme Regis and Bridport as a young man.

Prior to moving back down to Devon, Richard had an interesting career in music, which involved a year touring the world with the rock band Ash as their scratch DJ. During this time Richard played on the main stage at Glastonbury and appeared on Top of the Pops.

While living in Ottery he also appeared on the TV show Come Dine With Me, which he thoroughly enjoyed!

Art has always been an important part of Richard’s life, whether it’s been simply sketching a view or someone who’s fallen asleep on a train, right through to his recent obsession with painting. This exhibition is focusing on his last 5 years, which have been some of his most productive.

Richard is candid about enjoying some subject matters which most people and artists would tend to ignore.

He trained at Bournemouth College of Art where he focussed on drawing and painting. Taking inspiration from the landscape around him, he has become fascinated by portraying what he sees in a compelling way.

His last exhibition at the Malthouse Gallery in Lyme Regis included a series of prints focussing on Brutalist London, telegraph poles, scaffolding, communication masts and cranes. The exhibition was a great success with most of the work being sold.

The images tend to be very bold and distinctive, with some of the more urban subjects being somewhat unexpected. Richard takes pleasure in finding strong compositions and angular forms within subjects which are often missed or ignored. Turning these images into highly detailed and intricate prints was the basis of Richard’s introduction to printmaking.

In the last few year’s Richard has started to work on a larger scale, with screen prints which he hand tints using watercolour. The most recent of these focus on brutalist architecture and modern buildings. The colours he is using now have moved away from the more subdued pastel tones toward a brighter complementary range as well as neons. These images are really angular, edgy and bold. The neon ones even inspired Richard to start a street wear clothing brand 2_Brutal.

Most recently painting has been the main focus for Richard, becoming totally immersed in creating a series of abstract landscapes focusing closely on colour balance and composition to engage the viewer. Some of the landscapes are heavily influenced by the surrounding area, especially the coastline, seaside towns and cliffs around Lyme Regis. The most recent series are like magnified versions of his earlier work, the colours and shapes have become more bold, angular and severe in a bid to win the viewers attention.

He has also recently worked a small series of drawings of brutaliust architecture, focusing mainly on stairways. These are very detailed and realistic which pushed Richard to break into new techniques within pencil drawing.

Richard’s show at the Malthouse Gallery in Lyme Regis has a mix of recent work from hand tinted screen prints featuring brutalist architectural subjects through to very bold angular abstract landscapes painted on a large scale in acrylic. Although varied in medium, you can clearly see that he has a love for strong compositions and compelling use of colour.

Following on from Richard’s previous shows at the gallery in 2018 and 2020, this sees a growth in confidence and a very refreshing show with striking architectural emphasis.